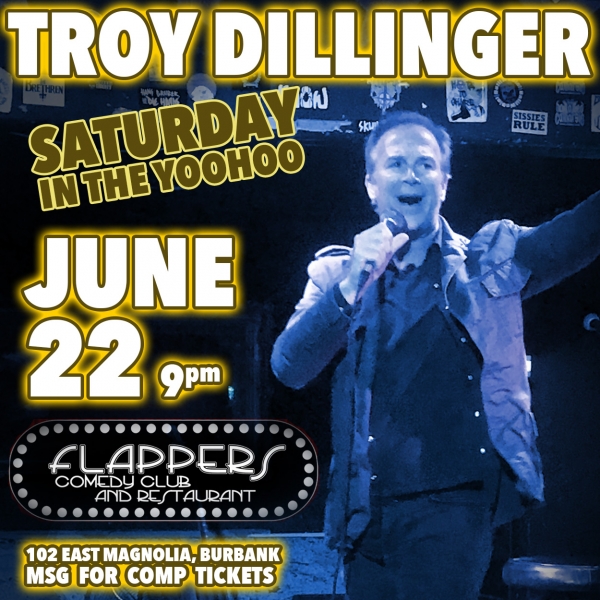 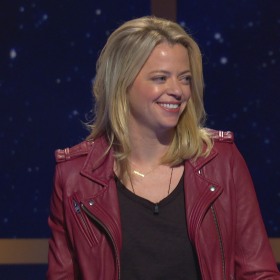 Start your weekend off with a blast! Check out an incredible line up every weekend featuring national headliners combined with up and coming talent, and guaranteed laughter!

Jenny is a former television sports/news producer from Houston, Texas turned writer/comedian/actor. Jenny has appeared on numerous radio and TV shows, she has performed stand up all over, she has sold several pilots which have all been passed on, she retains the title of Queen of Twitter according to the last Twitter Awards and Jenny has been nominated for Best Social Media Star at the Peoples Choice Awards the past 5 years. Jenny is here to make you smile!

Born and raised out of the beautiful state of NJ, Mike's a stand-up comedian and producer that has performed all around different clubs and venues on both coasts from LA to NY and has been featured the past 3 years in The Burbank Comedy Festival, The LA Indie Improv Festival, and The Ventura Harbor Comedy Festival! He emcees and produces monthly shows around LA, including his own LIVE talk show Another Late Show Tonight! with Mike Perkins, and recently had a 2-year run with his popular Eat, Drink, Improv! show here at Flappers, which brought the only exclusive stand-up / improv show to the club!! Hes an improv comedy alumni of The Upright Citizens Brigade Theatre in LA and has a B.A in Radio/ TV/ Film. He co-produced the documentary I Am Santa Claus that was streaming on Netflix and still available on VOD and DVD internationally.

Byron Hamill
From: Hollywood Improv, The Comedy Store, The Creek & the Cave

Carolyn Bridget Kennedy
Carolyn Bridget Kennedy is an award-winning SAG-AFTRA actor, writer and producer living in Los Angeles. She studies at the prestigious Beverly Hills Playhouse in their Advanced Class. She has also studied with Robert DAvanzo in his renowned On-Camera Audition Course. She trains in improv at The Groundlings and Upright Citizens Brigade as well as comedic acting at Scott Sedita Acting Studios. After a long career as a paralegal, in 2012 she created a one-woman webseries which has over 1 Million YouTube views. In 2015, she wrote, produced and acted in her first scripted comedy webseries Danger Pay and won awards for Lead Actress. It won Best Sketch Comedy, and was nominated Best Pilot, Best Fiction Web Series, and Best Ensemble Cast. In 2016, she wrote, produced and starred in her first short comedy film Super Speed Dates. It won Best Original Story and was nominated Best International Short Comedy Film.

Julia hails from North Carolina, where she got her start doing stand-up comedy at the local Dead Crow Comedy Room one year ago. Since then, she's opened for some of the best up-and-coming comics in America and performed at The Cape Fear Comedy Festival.

Karina Reyes
Karina Reyes is a writer, comedian, and improviser originally from Compton, CA. She first made her splash on the comedy scene performing for the PlayaPlayers and since then has performed at the Ice House Comedy Club. She currently is the host and producer of Laugh ' N' Roll at Peties Place. Karina is an electrical engineer by day and holds a degree in Electrical Engineering from the University of California, Irvine as well as a Upright Citizens Brigade Theatre alum.

Troy Dillinger takes having fun pretty seriously. He's the creator of Adult Swim Presents and the creator & host of LOSER: The Game Show. Originally from Austin, TX he moved to Los Angeles in January 2017 after 35 years as a touring singer-songwriter-guitarist and tv & film producer-director-writer and host for the last 15 years.